So, let’s see, I have been walking for five days now. I am still alive and more or less sane, so that is good.

It’s ironic that I normally have hours per day on the internet, when I have nothing in particular to write about, whereas now, I have a million stories to write, but not necessarily that much time to write.

So, hiking in Europe goes something like this, as far as I can tell. You have your pack, but you don’t carry all that much—just your clothes, a sleeping bag, aiming for about 15 pounds. You buy all of your food from restaurants and stores that you pass by. You walk about 10-20 miles per day. At the end of the day, there is some sort of socialistic enterprise (a building constructed by the state for walkers to stay in, someone’s house to whom you pay 20ish dollars to be able to eat with them, shower, sleep …) to allow you to sleep.

Tonight is the most interesting place I have yet experienced—it’s a house run by young people … apparently the income from the house is meant to be put to use helping poor young people in the area … I wonder if it will work given that the pilgrims are pretty poor themselves. It seems like selling Armstrong armbands for 5 dollars apiece is a more ingenious way of creating money out of nothing, but I digress.) Anyways the effect is of living with a bunch of French hippies! What could be better? They are listening to jazz and taking 5 hours to cook me eccentric middle eastern food! ;)

Anyways, here are some pictures. I shouldn’t spend all night on the computer here, I think in two days I will be in St Jean Pied de Port and will be able to pay for a private computer where I can spend a decent amount of time writing something worthy.

Meanwhile here are some pictures: 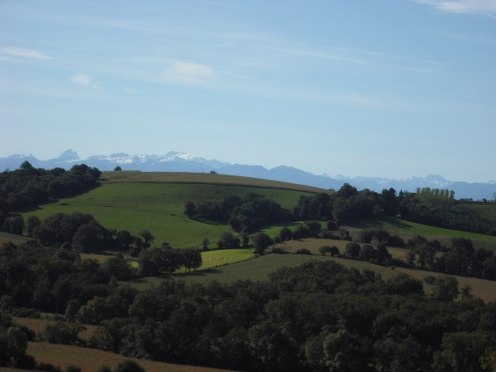 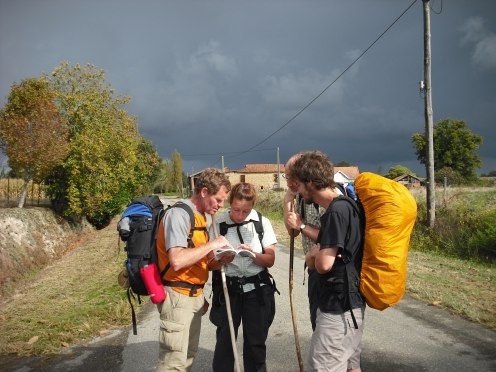