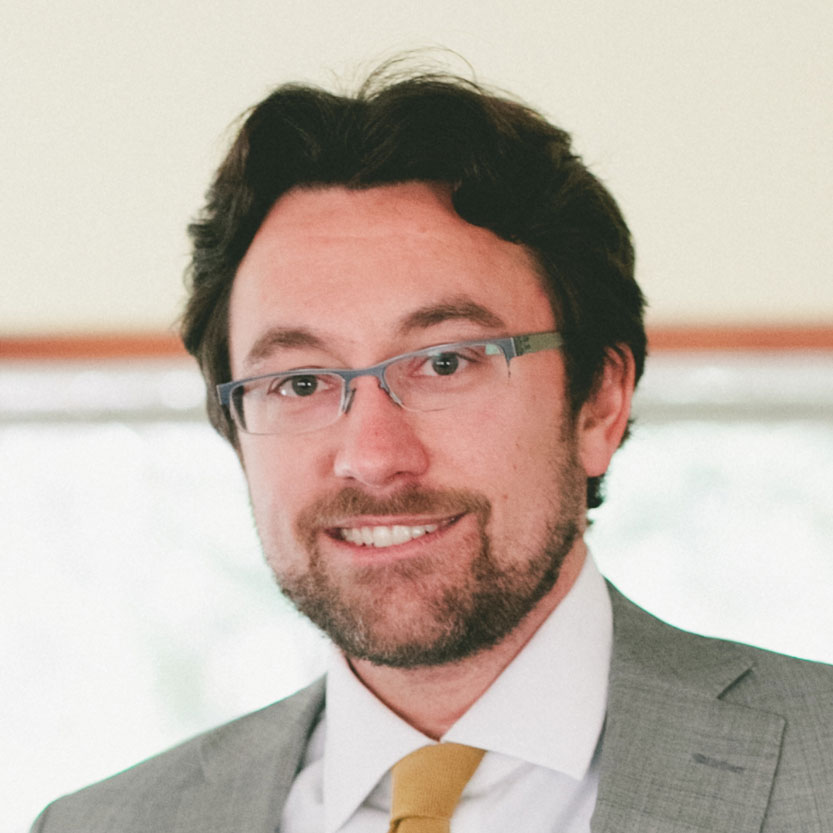 I was raised on a Northern Michigan farm by a large and loving family. After graduating high school as valedictorian, I studied Electrical Engineering at Michigan Technological University.

During and after college, I spent about five years traveling in Switzerland, Italy, Spain, and Mexico learning French, and Spanish. After a while, I got tired of moving around. So, I decided to settle in a large American coastal city. I was lucky enough to land a job in Northern California.

Since 2006, I’ve been immersed in San Francisco, meeting my wife Meg, and a wonderful group of friends.

I’ve been fascinated by computers since I was a kid. My parents wouldn’t allow my brother and I to have a Nintendo, because, they said, “It made you get into fights.” Instead, I remember my dad bringing home a Tandy 1000-TX. My first operating system was DOS 3.2. I actually wore out the spine on the books they gave my dad in the Radio Shack when he bought the computers: “Learn MS-DOS, Basics”, and “Learn MS-DOS, Advanced”.

This “Tutor DOS” certificate from 1989 is one of my proudest possessions: 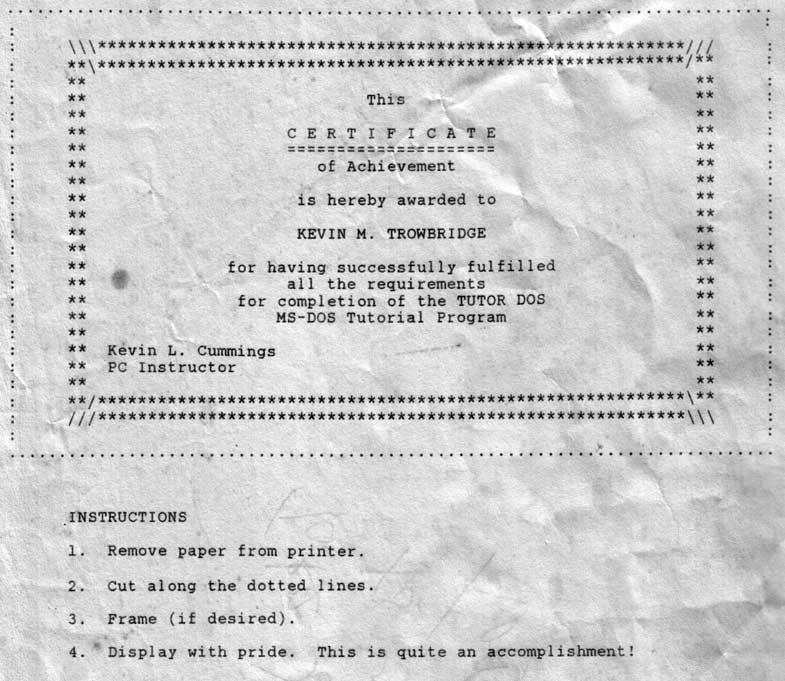 I moved on to writing programs in MS-BASIC. I hacked my TI-85 so that I could transfer assembly programs onto it via a serial cable. In high school I was into BBSes and Tradewars 2002. Then, I got free dial-up access to the early internet through my local community college. WWW had not been invented yet, but there was email (my first email address was kmtrowbr@sunny.ncmc.cc.mi.us), ftp, telnet, and gopher. My brother, friends, and I would play Wolfenstein 3D by dialing one anothers houses via modem. Then, we discovered MUME, a text-based MUD we connected to via telnet. It’s like World of Warcraft with reading and typing.

A key experience was the day I first opened up Gopher. I had been used to exploring computer programs and trying to find all their “screens” – but, I realized, it was completely impossible to see all the “screens” in Gopher. It was practically infinite, for an individual. My mind exploded.

So, in college among other things I began creating websites and programming in Java. I was very inspired by Google’s rise in the early 2000s and, so when it came time to settle down the dream of doing something great with computers was a bright star for me. Although my degree was in Electrical Engineering and Technical Writing, I came up with the plan of marketing myself as a Technical Writer with an Engineering degree. I thought this made me appear over-qualified and, might give me an edge. The plan worked and in 2005 I was hired as a Junior Technical Writer by Ariba. After this, my friend Anthony Yam asked me to come create a QA team for his infant startup Spongecell. Spongecell was written mainly in Ruby on Rails. And the rest, so they say, is history.

Since 2010 I have worked as an Independent Software Consultant specializing in Ruby on Rails & HTML5 web and mobile applications, among other things. I work with a number of clients including The Bold Italic, An Event Apart, Creativebug, among many others.

I enjoy software development. In recent years I feel I have been getting more mature at it. I’m very interested in software development as an extension of literacy. I see computer programming as a sort of writing or poetry, where your audience is both the users of your program, and the other programmers who will have to read, understand, extend, and maintain it.

I also enjoy working with people: I enjoy the creative process, good communication, and relationship building. I am good at understanding how I can be helpful in different work contexts, communicating a vision of what I can offer, and negotiating with different team members to do the best work possible under the circumstances.

I also enjoy reading and writing, music (I play the guitar and sing), history, walking, weightlifting, seeing theater and improv comedy shows, and spending quality time with friends and family.

Where else can you find me online?