The main trail that comes down through France is called the ‘Le puy’ trail—named for its origin city, ‘Le Puy,’ France. It’s about 800 km long as well, so if one were to hike from Le Puy (and many do), it would be about 1600km. 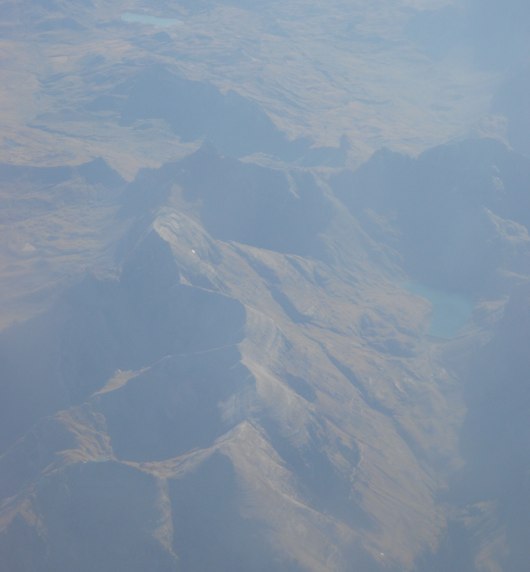 View down into the Pyrenees on the Madrid-Toulouse flight. I climbed over these mountains!!

Since I studied France in college and my French is actually quite good (I always have loved languages), I wanted to hike part of this trail. I chose a city more or less randomly, about a week from the border, ‘Aire-sur-l’Adour’—and based my plans on starting there. On Oct. 1st I flew from SF, arriving in Toulouse on Oct. 2nd. I wandered around Toulouse in a bit of a daze, got rained on and pretty cold, and wondered why I earth, I ever wanted to do this ridiculous walk! ;)

In this emotionally weak state, I hunted around in my pack for my French language guide to the ‘Le Puy’ trail, charmingly called ‘Miam Miam Dodo’ (which means: ‘Yumm yumm, sleep sleep’, or more prosaically, ‘Eating and Sleeping’), and started calling various hostels in Aire-sur-l’Adour. The phone was answered by a very nice lady who seemed to feel my pain. Yes, they were open. Yes, there were other pilgrims, I would not be all alone. Was the rainy weather typical? Not very, it was the first time it had rained in two weeks. 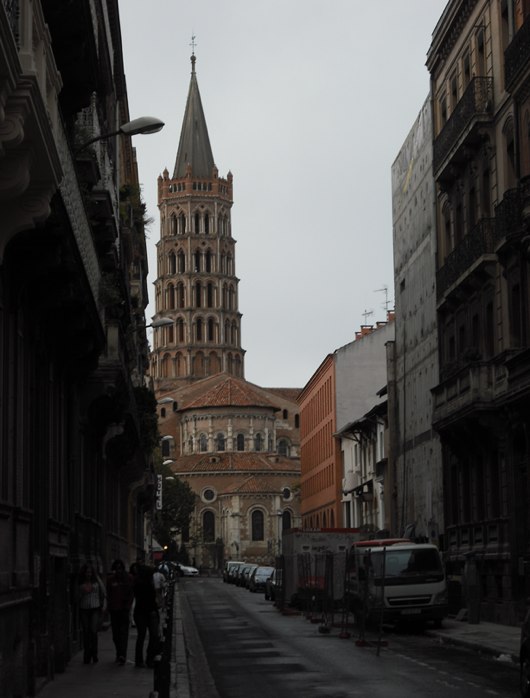 The Toulouse cathedral as seen from the street. 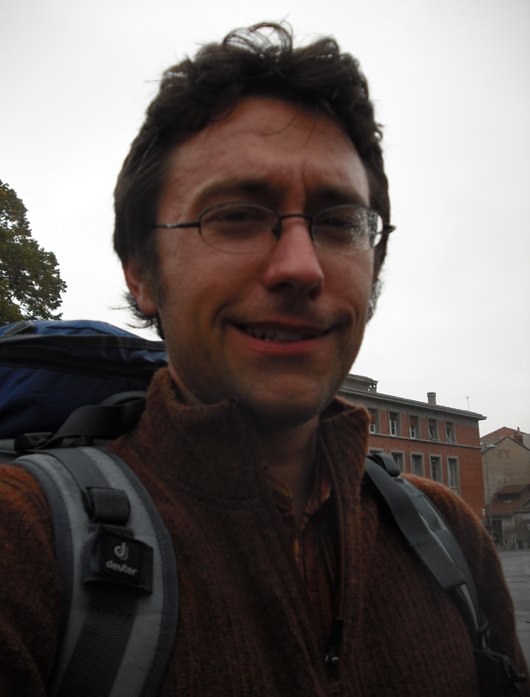 It was rainy and depressing in Toulouse.

I got on a bus from Toulouse to Aire-sur-l’Adour and we sped away, the driver careening out through the suburbs of Toulouse and into the countryside. I tried to sleep but was not particularly successful. The bus was full of rural French folks, poorer types. Mothers with children, immigrants, workers.

French regional bus that took me from Toulouse to Aire-sur-l’Adour.

At 7pm, it was dark, raining, and the bus dropped me off basically on the side of the road. I chose a direction again, more or less at random, and started walking. After a few minutes, I crossed the ‘Adour’ river, and came into a square. There were a few men in a cafe, but I didn’t feel up to asking them how to find the hostel, so I kept walking. I came upon the cathedral. A man walked by, walking his dog. ‘Are you a pilgrim?’ he asked. He shook my hand and said that he, too, had done the walk. He led me through the dark, empty streets and pointed up a hill. “It’s about five minutes walk up there, on the right.”

I walked into the albergue. It was full of people. One man was getting his feet treated for blisters. “Where have you come from?” They asked me. They thought that I had come in from walking that day, and did not realize that I had just essentially gotten off the plane. They were quite welcoming, gave me some of the meal they had prepared, and a ton of wine. 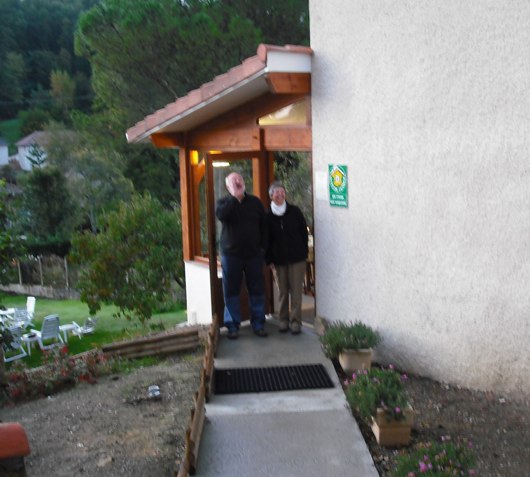 The couple that ran the albergue. It was a private albergue, as distinguished from the municipal ones. The husband had walked the entire trail (Le Puy—Santiago) 7 times! 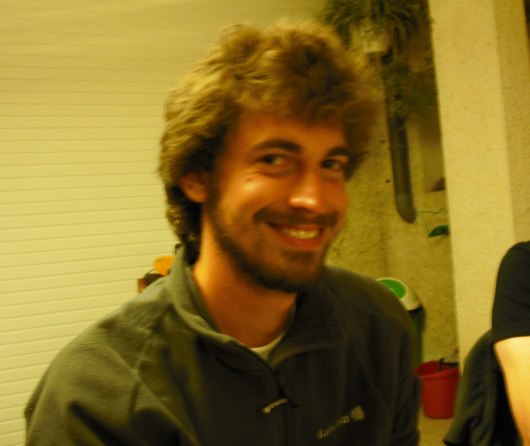 Imri Amiel, a young Isralien who was on his own version of the pilgrimage, walking to the small French town where his father was hidden from the Germans during WWII. 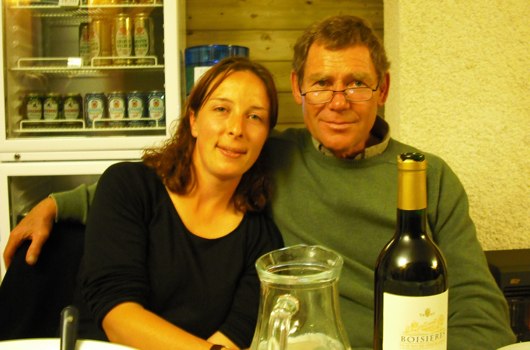 Phillipe (A Frenchman who had left his job.) and Andrea (German, had walked from her home in Bern, Switzerland together with her husband).